Want To Become A Member?

Geron Allajbeu was born in Skrapar, Albania and was a member of the student movement that led to the fall of communism in Albania.  Geron received his degree in mechanical engineering from Politechnic University of Tirana and later served as head of the technical office of the TEC Ballsh branch of ARMO, Albania's state owned oil refining company.  He currently resides in Toronto, Canada where he is a project manager in the aluminum industry. 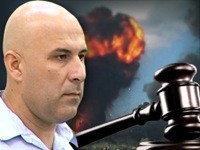 Andi Belliu is originally from Lushnje, Albania.  After completing vocational school in Vlora, he studied computers and network management in Greece, and then returned to Albania where he operated a computer services business. He also worked for Albdemil dismantling large caliber ammunitioin at Gerdec, the scene of the massive explosion that resulted in the tragic death of 26 people in 2008.  Because of his familarity with the hazardous working conditions at the plant, he later served as a key witness for the General Prosecutor's criminal investigation of Gerdec.  He now lives in New York where he works for a real estate management company. 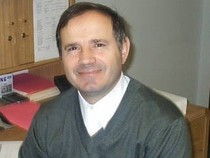 Astrit Hysaj is originally from Fier, Albania and currently resides in New York where he is a project manager for a major construction company.  He is an expert in the restoration of landmark, historical and Federal buildings.   He was formerly Chief Engineer for the Fier water supply system in Albania.  He holds a Masters Degree in civil engineering from New York University and a B.S. in civil engineering from the Polytechnic University of Tirana. 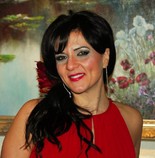 Leida Kapllani was born in Durres, Albania and received her bachelors degree in English literature from the University of Tirana where she worked as an Assistant Professor in the department of English language and literature.  Leida now resides in New York where she is a Senior Program analyst for the New York City School Construction Authority. 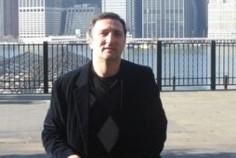 Ilir Karroqe was born in Fier, Albania and now lives in New York.  He is a graduate of the University of Tirana where he majored in history.  Ilir currently works for the New York University School of Law.

Gary Kokalari is the third generation of a family that has served the Albanian American community for the past century.  Gary was a director and founder of the National Albanian American Council, and he established the first lobbying office for Albanians in Washington.  He was a founder and director of the Albanian Relief Foundation, a member of the board of directors of the Kosova Relief Fund, and is President of the Albanian Heritage Foundation.  Gary played a key role in the lobbying effort that led to U.S. intervention in the Kosova conflict and also served as a TV spokesperson for the Kosova cause.  He has written extensively on Albanian issues and has been an outspoken critic of Albania's epidemic corruption. He was also responsible for exposing corrupt practices in Albania's telecom and military sectors.  Professionally, Gary is a financial advisor with a global financial services firm, and he holds an M.B.A. in finance from the Wharton School of the University of Pennsylvania and a B.S. from Boston University.